Is it confirmed that the new color Star Ruby Neo (Ruby Star Neo) will be added to the Porsche 911?

A little while ago, I wrote that the PTS-colored Ruby Star might return to the Porsche 911 body color from the 2023 model.

I was worried about how it would actually turn out, but I thought that it would be added in the near future, so I will write it again.

But one point, the correction from what I wrote last time is not a ruby star but a ruby star named "Star Ruby Neo" or "Ruby Star Neo", but it is not a return of Ruby Star but a new color It seems that

american mediaSo, there was a place where I posted a screenshot from the configurator, and this Ruby Star NEO was also included there.

Here are the colors from the configurator that was posted on the media (you can choose from standard or regular options instead of PTS):

There are now 17 colors in total.

By the way, there are currently 16 body colors listed in the Japanese configurator (as of September 16, 2022). Dolomite Silver is no longer on the list.

It seems that one more color, Ruby Star NEO, will be added to the 16 colors, making it 17 colors.

By the way, with Porsche's configurator, there are always 17 body colors that can be selected normally instead of PTS.

Reference article:The body color that can be normally selected with Porsche was decided to be up to 17 colors

Another reason why I was convinced that this Star Ruby Neo will be added as a new color is here.

It's still a configurator (=not a dealer's configurator) that the general public can normally access from home.

The body colors listed here are 16 colors that have not yet been added to Star Ruby Neo, just like the Japanese configurator.

But if you look at the option "same color finish for keys"...

Among them, 17 colors have already been changed, and there is an additional display of Star Ruby Neo, which is not included in the 16 body colors.

Looking at the color of the car in the configurator, it looks a little darker, but in the picture of the key painting, it looks quite bright pink.

But it shouldn't be metallic, so I think the body color picture is closer to the actual color.

In the media, the added color is called "Ruby Star" or "Ruby Star Neo", but the notation that appears in the configurator is "Star Ruby Neo", so this is probably the correct color. Will it be your name?

… or so I thought, but actually Ruby Star Neo is the name of the new color ^ ^ (Additional note)

Crayons and chalk are unified into "crayon"

Another thing that surprised me was the color called "crayon" in Japan.

This crayon color was called "chalk" in America.

From this time on, all products in the United States have been unified under the name Crayon.

Well, it was strange in the first place that the name of the color was different depending on the country.

But from now on, it seems that "crayons" will be universally recognized around the world.

Huh, would you like to see a real crayon car? I can't help it ~.

That's right ^^ At the end of the day, self-satisfaction (laughs)!

I'm not sure about the end, but I'd like to wait for the appearance of Star Ruby Neo ^ ^

Related article:
◆Ruby Star may return to Porsche 911 body color: Option changes from 2023 model
◆The body color that can be normally selected with Porsche was decided to be up to 17 colors 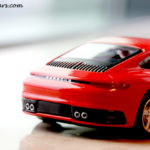 Porsche 911: Can elementary school students understand the difference between "late 991" and "992"? 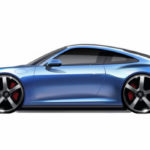 Car design: how to draw Porsche 911

#GetCreativeWithPorsche During the period of self-restraint from going out, Porsche offers various classes in the series so that you can be creative. This "Get Creative With Po ... 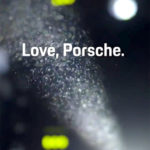 Porsche uses a Ferris wheel to promote an electric car in London The big Ferris wheel in the United Kingdom is known as the "London Eye". The other day, this Ferris wheel suddenly started blinking. Its blinking ... 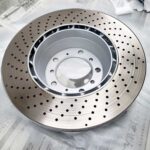 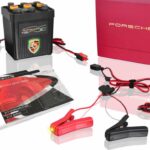 Porsche Classic Battery Charger This product, about before the summer of 2021? I think it was already on sale, but is it time to consider Christmas gifts? Now again US Porschesa ...

PREV
Porsche Experience Center Tokyo is about to celebrate its 1st anniversary: the program is in the campaign of 10% off
NEXT
Did you know that JEEP ducking is popular in Canada and the US?