About 15 years ago, my husband promised me to buy a Porsche 911 that I love so much.

When I was dating my husband before I got married, I had experience driving a manual car overseas and was able to drive a manual car, but my license in Japan was limited to automatic cars.

My husband who knew it (boyfriend at that time) said, "I'll buy you a Porsche someday, so you should cancel the automatic limitation for that time!"

Hearing that, aside from buying a Porsche, I thought, "Certainly, the day may come when I will drive a manual car." That's why it was "Porsche ready at any time" ^ ^

However, my husband seems to have been concerned about saying "I'll buy you a Porsche someday" somewhere, and one day after about 15 years from that promise, suddenly "Would you like to buy a Porsche?"

However, I vaguely thought that I should change to BMW (because I liked BMW very much), and Carrera until then did not fit me well, so I said, "No. , shouldn't I buy it?"

Until now, I didn't think I wanted that much when I saw the 911, but at first glance, the late 991 Carrera that my husband decided to buy said, "It's too cool. It's too cute. I want to ride this." I fell in love with this car at first sight and fell in love with it. The only one is not a manual car (laughs).

I am very happy with the PDK. I haven't made the point of canceling the manual limit yet, but I would like to look forward to the day when a manual car will come again!

★Postscript★ (January 2023)
718 Boxster GTS (2.5) came to our house, It became the left MT, so finally the purpose of releasing the manual limitation to "ride the Porsche MT" was achieved ^ ^

That's why I'm grateful to my husband who bought Porsche in a way that kept his promise after about 15 years, even though I didn't care much.

Because Porsche doesn't just say ``I bought a car'', but ``makes life more fun'' and ``opens the door to a brighter future.''

It may be an exaggeration, but I think that owning a 911 has really made my life more enjoyable.

The reason why the prices of cars called Porsche and supercars are quite high is that there is not just a "car fee", but a fee that "makes life more fun and opens the door to further things" I'm seriously thinking that it's because I'm in the middle of the day ^^.

If anyone is hesitant to buy a Porsche, it may be a common word that is said in various places, but I think that "If you are worried, you should buy it." Of course, I don't think it's necessary to borrow money that makes life difficult.

However, if there are people who are hesitant for reasons such as "Is it okay to buy Porsche" or "I am worried about people's eyes" even though it is possible to purchase in terms of money, it is no longer hesitant You should "buy" without. I think so. I think there is more and more open life waiting for you than just the fact that you bought a car! 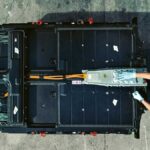 Will it be released in 2027? Biggest Porsche Electric SUV Built on PPE Platform We've heard about an electric SUV that Porsche is currently preparing, so let's take a look. This SUV will be Porsche in July 2022 ... 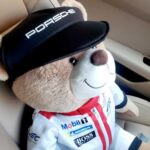 911 Supercars: 5th Anniversary of Porsche Blog Opening Amazing. It's February 6th again this year. This day is exactly two years since my Porsche 911 Cabriolet (992.1) was delivered. Even more ... 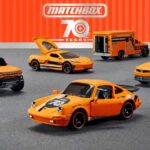 Porsche 911 to be sold for 70th anniversary from Mattel Matchbox

Matchbox 70th Anniversary Edition A miniature car from the "Matchbox" series currently handled by Mattel, which was made 70 years ago by Jack Odell for his daughter. 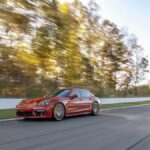 If a deposit of 911 yuan is said, may I pay it? Panamera selling price notation mistake at Chinese Porsche dealer

The price of a new Panamera of about 19 million yen was wrongly set to about 2.37 million yen. ... 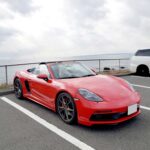 To the annual Mr. Yamada touring On this day, my husband and I were driving the 718 Boxster GTS and heading to Chiba Prefecture. On this day, there was a touring sponsored by Mr. Yamada, which I always participate in, but originally it was Hakone ...