It was said that the fully electric car Macan will be announced (released) in 2023, but it seems that it is certain that it will be postponed for about one year by 2024.

That's because Porsche CEO Oliver Blume said, "EV Macan will be released in 2024" in a German magazine.AutomobilwocheBecause it was spoken to.

As for the EV Macan, many test versions of the car were already taken as spy shots, so the announcement in 2023 was postponed to the point where it was thought to be near.

This is believed to be due to a software company in the Volkswagen Group.

The EV Macan vehicle itself seems to be quite perfect, and a Porsche executive (← Who is this again? Suspicious (laughs)) says, "The hardware (vehicle) is wonderful, but the software is not perfect yet." When.

It seems that this company called Cariad was planning to provide 2.0 software that can support Level 4 autonomous driving that enables hands-off driving by 2024, but at the moment it seems impossible. That.

However, Porsche has said that the CEO will officially delay the sale of Macan, but Audi has not commented on the Q6 e-tron at this time.

But after all, this software development delay is expected to affect the development plans for all premium brands in the VW Group, including Audi's Artemis technology platform-based vehicles and Bentley's plans to electrify everything by 2030. There is a possibility that things will change, or not.

After that, it seems that it is unknown at this time whether the Macan model that runs on gasoline will be produced due to this delay in the appearance of EV Macan, or whether the production of Macan will stop for a certain period from gasoline to EV.

Source:
◆ Porsche Pushes Back Macan EV Launch By A Year To 2024
◆ Porsche CEO Confirms Launch Push-Back for the Macan EV 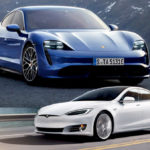 [Update] Tesla challenges Taycan ... I want to, but forgot to make a reservation for the Nürburgring?

Tesla vs Porsche Electric vehicles are Tesla. … That's exactly what I had in mind until now, and I thought so too. But Porsche brought a fully electric car, Taycan, there ... 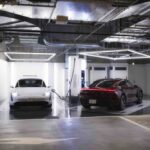 Premium Charging Alliance The start of service use was postponed until the fall of 2022, and the quick chargers installed in both Porsche and Audi will be shared by Porsche and Audi owners, respectively. 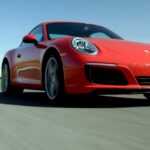 I'm glad that the same car as myself is praised The other day, one person contacted me "There is a review video of Porsche 991.2 type base model Carrera. It is rare to review the base model, isn't it?" .. Why now ... 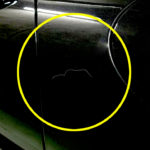 In the morning, I sent my children to school and ran around in good mood! I enjoy "how many minutes did I get today" from home to school, so I'm happy when the record grows, and I enjoy 911 drive anyway from the morning ...

Make a Porsche Taycan with a 3D pen

Making a frame with a 3D pen I once bought a 3D pen, a toy for children, that allows me to draw things in 3D (Is it okay to say that?). Since the ink (gel?) Hardens, you can draw something three-dimensionally ...

PREV
Porsche announces the addition of a new fully electric vehicle SUV model
NEXT
Software update to Porsche Taycan: All Taycans will look like 2023 models