Software update to Porsche Taycan: All Taycans will look like 2023 models

Porsche's proud full-electric vehicle, the Taycan, has already sold more than 75,000 units worldwide since it first appeared in the world at the end of 2019.

The Taycans that have already been sold, but with the software update announced by Porsche this time, various functions will become like the latest 2023 model Taycan.

Moreover. The Taycan that is the target of this software update is "all Taycans" regardless of the model year, power, and body type.

This is already the owner of Taycan GO to the software update in 2023! Isn't it ^^

e? No, is it a little scary to try Taycan with an unknown update that has just been announced?

Well, I feel like I can understand that feeling ... (What (laughs)). No, it's a 2023 software update prepared by Porsche!

According to Porsche, the Taycan has been greatly optimized in every respect since its launch in 2019, so with this update, owners can enjoy the Taycan that is evolving in various aspects. And that.

By the way, this software update is said to be "uPdate" within Porsche. The update spelling "P" in update is emphasized.

It seems that this is because the letter "P" is attached to the model of the Taycan of the 2023 model year starting from July 2022. When pronouncing this "uP date", it's unclear whether it's usually an "update", an "appie date", or an "up date" (laughs).

It is said that the range of software updates to each Taycan, the required warehousing period, etc. will differ depending on the existing software status of each Taycan, and the older the car, the more new updates will be required. ..

This software update is free of charge and it has been announced by Porsche AG that it will be supported at each Porsche service center, but since it is unknown at this time what will happen in Japan, the owner should wait for the dealer to contact you. , I think it is good to contact us.

The main things updated by this software update and the contents that Porsche is written are as follows:

* Improvements (updates) in this part apply only to MY20 and MY21 models. It has already been applied after that.

Although there is a charge, it is now possible to retrofit a 22kW in-vehicle charger (excluding South Korea and Canada).

It is a different story from the software uPdate this time, and it is said that there are the following minor changes in hardware from the 2023 model Taycan:

Even so, I think that Taycan is amazing, such as being able to update the software to the same level as the 2023 model at once, or OTA.

The latest model full electric vehicle SUV coming outHowever, I wonder if it will become a new level in this way ~ ^ ^ 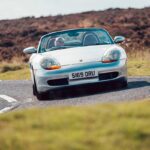 Toyota was involved in the development of Porsche Boxster

Mazda and Toyota were involved in Boxster development Suddenly, but I did not know at all! Boxster, an open car that Porsche is proud of. It was related to Toyota Motor Corporation of Japan when this model was developed. Everyone ... 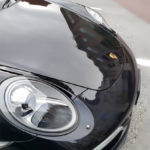 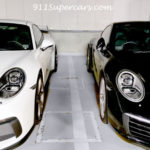 Nostalgic Porsche "The Rally -Amazing Moment-" reunion event Sunday, November 11, 2018. There was an event that I was very much looking forward to on this day. That is ... Porsche ... 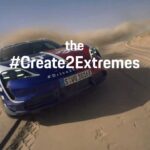 The Porsche Ice Experience is also a hit The other day, I introduced a great video of Taycan running on ice and desert, but this time again an interesting project related to this video was announced. Reference article: Driv ... 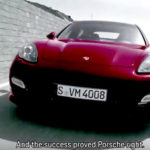 Congratulations on the 10th anniversary of Porsche Panamera ^ ^

★ Addition (October 2, 2019) ★ A special model "Panamera 10" has been announced to commemorate the 10th anniversary of Panamera. For more information about that, please see the related article below ^^ Related article: Panamera10: Porsche ...