I think that some of the people I know and those who send me e-mails and DMs know from the conversation, but I (and my husband),BMW Stamp Rally, which was ranked second in Japan last yearI also participated in the 2022 edition of.

The BMW Stamp Rally just ended on December 24, 2021 last year, and while feeling lost after the end, he said, "It may be good for a while ..." due to the harshness of winning the top prize. I was wondering, but when the stamp rally started again, various feelings got mixed up, so I just decided to participate in 2022.

So, for the time being, I cut off all the stamp spots nationwide yesterday ahead of this end date. Hmm.

I've been running around the country again in the last few weeks.

It was really fun. It's tiring, but it's tough, but the mountain trails at midnight are scary, but I really enjoyed it.

And yesterday, I went around Kyushu once and it became complete ^ ^ I think that it is natural for one person to run about 1,200 km in less than 24 hours (laugh).

It is provisional first place ↓

However, this time as well, the person who was ranked 1st last year was participating in the race, and it was assumed that that person would be able to take all the spots nationwide, so the final goal is to be "1st in the same ratio" with that person. did.

So, the period when we became the first place alone was a really short period, but now it is the same rate as the one who was the first place last year, and both have completed all the spots nationwide ↓

Regarding this BMW Stamp Rally Spring 2022, I would like to write it again when the official end date comes, but I hurriedly reported that I participated in this time as well and completed it.

We will reply to you in order. I'm really sorry that I couldn't deal with various things because my head wasn't turning because the days of lack of sleep MAX continued.

I have a lot of things I want to write about blog updates, and it's hard for me to keep up with them, but I'd like to write them step by step ^^

Hurry up and report!

BMW Stamp Rally Spring 2022, there are still days until June 30th. If you continue to participate, please do your best ^^

Well, I've already cut off all the spots in the stamp rally and I'm feeling lost. I want to run again. It was fun ~.

After all I think that I like running anyway ^ ^ 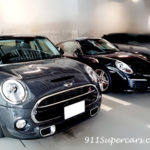 The mini eyes are so cute! Sorry for the complicated title (laughs). But that's right! Mini Cooper S and Porsche 911. I was next to you in the parking lot. Running around the city, the Volkswagen Beetle ... 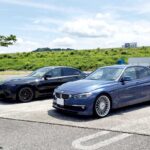 Arrange Porsche with Alpina and M3 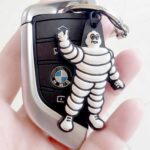 Having one M3 key myself For the cars in my house that are positioned as "this is basically my husband's car" (M3, Huracan EVO, Fairlady Z), I am the one I borrow my husband's key every time I use a car ... 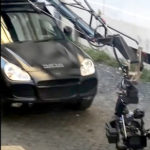 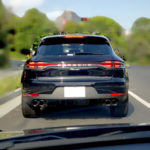 I came to meet the new Macan

Recently, I've been charging my smartphone frequently in the car, so I don't take many pictures of the cars I met while driving in the city. Just because I can't pick up ...) ...