Where are Costco and IKEA in the suburbs of Tokyo that can be reached by Porsche GT3 & supercar? Tilt measurement

Go to Costco and IKEA with a Porsche 911 GT3

Well, I think that most of the Porsche 911 and supercar owners are not interested in it (laugh).

For me, "Costco and IKEA" means that you can drive from Tokyo at just the right distance, "not too far or too close", and as a housewife, you can drive more than just "something". I can achieve the purpose of shopping ", so I can make excuses for running (to myself) ← This is important (laughs), it is a very good driving destination.

× In the daytime, I wanted to run a little, so I went around with Daikoku and Tatsumi in GT3!

〇 I went shopping at Costco because I ran out of necessary items.

This way, it's obvious. Costco is the destination of excuses for not being a bad wife (laughs).

By the way, when I was going with Black 911 Carrera until now, I did not think about anything in particularI went to Costco in Makuhari and IKEA (Tokyo Bay).. 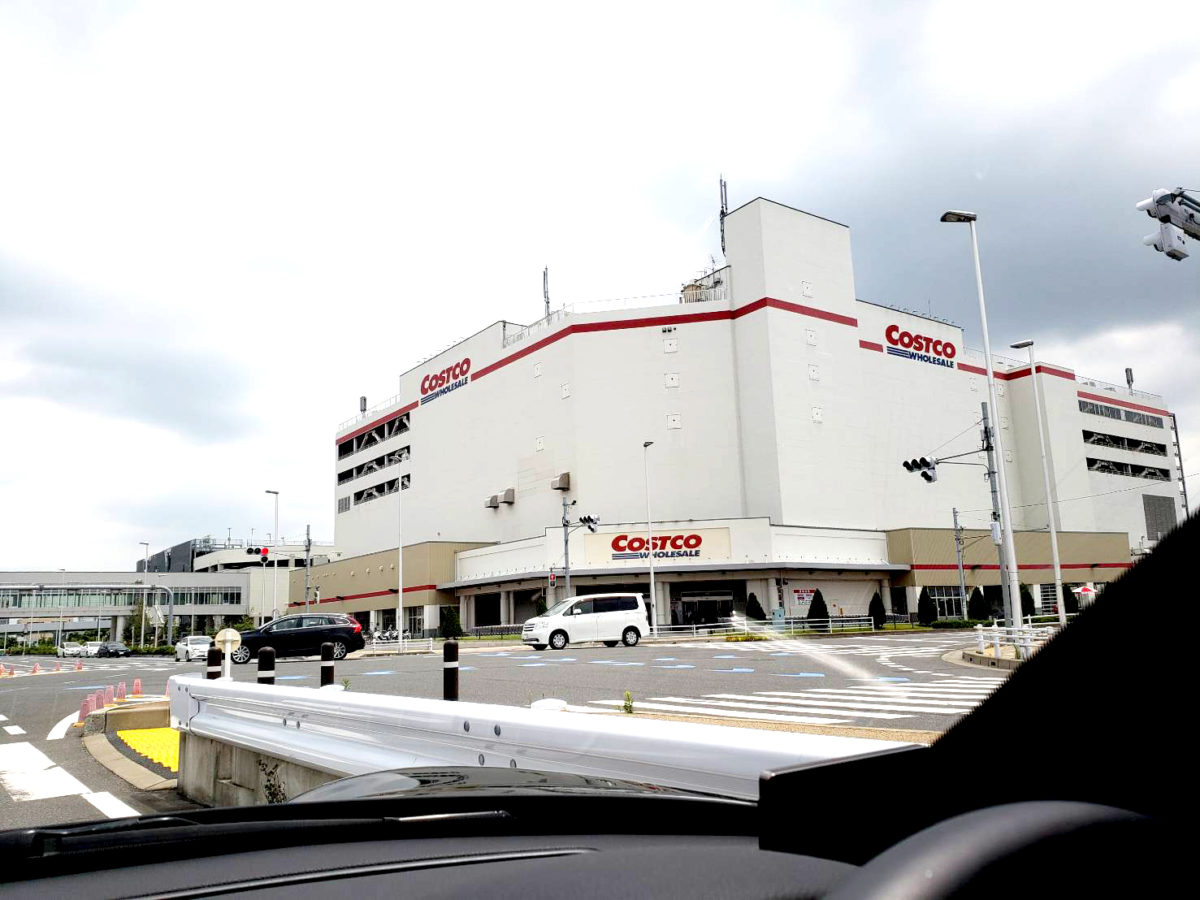 Slope slope that can be run on Porsche 911 GT3

First of all, check [the slope of the slope that goes in and out of the parking lot where GT3 is usually parked] as an index of how much slope you can run without having to front the GT3.

* Basically, I'm "appropriate & lazy", so I haven't even calibrated the measurement properly, so it's a rough tilt measurement.

Normally, it is a slope in the parking lot where I park GT3, but this is the place where the slope is the worst, and the slope of the "downhill" of the first problem is "15.2%". 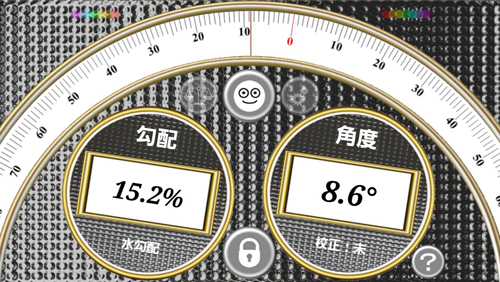 When this slope is delivered, the slope will be as good as the sales person (if you are using a lifter).

On the contrary, the slope of the climbing slope is the worst place.22.3%". However, the start and end of the slope is not particularly sharp, so it is a slope that is perfectly fine for climbing (with a lifter). 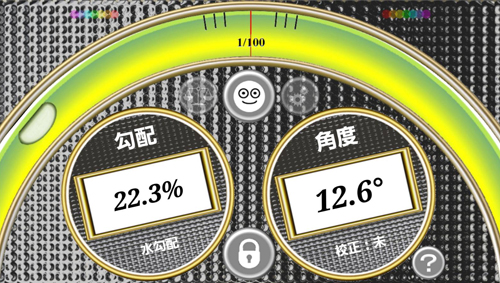 With the numerical value of the inclination angle as this index, I went to Costco in Kawasaki, who remembers that the slope was loose, with Mr. Kuro Carrera ... Oh, the purpose is not measurement, shopping (smile).

So, I ran comfortably at 911 and arrived at Costco in Kawasaki.

First of all, here at the parking lot entrance. It is a slope that goes up from the entrance of Costco Parking Lot in Kawasaki (that is, the ground (1st floor) part) toward the 2nd floor ↓

Of the several places I measured, the one with the most slope on this slope was "14%"was. 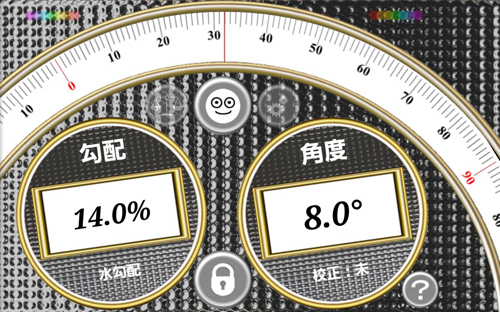 Next, this is a slope that climbs the slope from the entrance of the Costco parking lot in Kawasaki, anticipates the entrance to the partial parking lot on the 2nd floor, and then goes up to the 3rd floor (rooftop) as it is ↓ 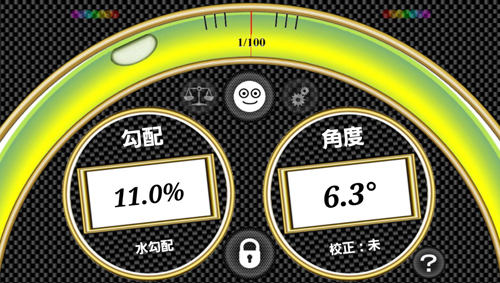 The slope between the 3rd and 2nd floors was often around 13.3% no matter where I measured it. In the measurement, the place where the angle was the largest was "13.6%". 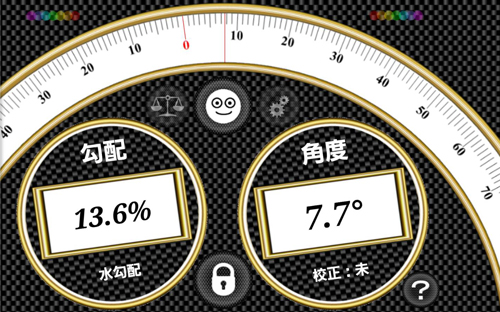 I mean, no one is walking down the slope of Costco's parking lot.

Furthermore, as soon as the car disappeared, I went out to the center of the slope and measured the inclination angle ... I never thought that I was "extremely suspicious" (laughs).

After the measurement was completed, I was relieved to be able to return from the suspicious suspicious person to the customer who finally came to shop normally.

After stopping the car, I went shopping to achieve my goal, and then went home.

In conclusion, I found that if you use the lifter and take care while cutting slowly and diagonally (or even if you don't actually go that far), you can go to Costco in Kawasaki without any problems even with GT3.

By the way, these measurement results ...

I showed it to a Porsche sales person and reported that "Kawasaki seems to be no problem!", And the first word he said was "It looks like a tilt maniac."

No no no, a little (angry). I want to run in GT3 anyway, so even though I'm desperately and seriously suspicious, it's easy to call me a tilt maniac! !!

… And I was so enthusiastic about this tilting mania that I grinned for a while every time I remembered it (laughs). Certainly, behavior like a tilt maniac ...

By the way, when measuring the slope slope of the GT3 parking lot, a guard flew.

To the suspicious me (← I'm really suspicious when I write this (laughs)) crouching down in the center of the slope and putting my smartphone on the ground, I said, "What are you doing ?!"

... No, it's true that this is a completely inclined maniac (laughs). The guards were also troubled by the words they said, "Ah ?! Hmm. Um, the car will come, so please be careful."

Alright. The story goes back to Costco. Kawasaki Costco turned out to be okay, but it doesn't end here yet. Persistent (laughs).

Next is Costco in Misato (it's another day ~)!

Because "I made what I wanted to buy at both Costco and IKEA."

So I said to my husband with a little joy, "Today I'm going to IKEA Tokyo Bay from the morning, and then I'm going to Costco in Kawasaki! No, I can run a lot-wasted!" What if? ”A calm word.

"Moreover, Misato certainly has a flat place in the Costco parking lot."

Wow. It really was! There was a flat parking lot! It was good here from the beginning ...

No, but in fact Misato was shunned. Because LaLaport and outlets are quite close, I got the impression that the roads around me were very crowded.

But surely, there may be no problem on weekday mornings, so I decided to go. First of all, it was the first time for me, so I also checked the road and the slope & it was raining, so I went out with Mr. Black 911.

There was a flat parking lot, but it was raining on that day, so if you can park it, the most convenient place is the best, so I will aim for a multi-storey car park at Costco.

This is the slope from the entrance of the multi-storey car park. As a tilt enthusiast, I visually confirmed that "this slope is clear" without measuring.

… And since there is only a slope here, GT3 is okay at the Costco parking lot in Misato! One pass. Great.

Stop the car and do the desired "shopping" this time as well.

And on the way back, go down the same slope.

Yeah, surely this slope doesn't seem to be a problem if you use a lifter. Unless you bought too many heavy items at Costco and the front trunk sank too much (laughs).

Then, IKEA information as well. This is Shin Misato IKEA.

Well, this is also a slope that can be visually checked.

Even when viewed from the top of the slope, this much ↓

I haven't done this this time, but the slope up to the second floor is about this, so I think there is no problem ↓

Again, the goal of shopping is achieved.

I will leave the parking lot from the same place as when I came again.

Already, it is a slope with a margin at all. Misato is really convenient because IKEA and Costco are close!

Especially for Costco, the loft and LaLaport are adjacent, so it may be the best place for those who like shopping.

I'm not good at "window shopping with friends" or something like that, and I'm a type with a fairly low level of female power, so I only go to the minimum necessary.

Porsche 911 GT3, Costco & IKEA in the suburbs of Tokyo that can be reached by supercar

I found that if you use a lifter, you can park in the parking lot and shop without any problems. 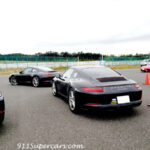 PTX Performance Lesson Content * This article is a continuation of the following blog: ① Participate in Porsche Track Experience Performance: PTX 2021 Program content is the same for everyone 1 ...

Since around February 2021, the Volkswagen (VW) Group wants or intends to list Porsche because the premium sector within the VW group feels good, and there are no plans to do so .. .. 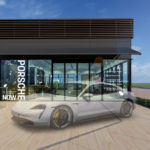 There is an exhibition of Taycan at Porsche NOW Tokyo. It's amazing. Before the Porsche pop-up store was released in Japan ... where was it? It was written somewhere and I thought it was, but finally ... 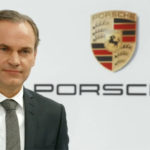 According to a report from Porsche Headquarters Human Resources Auto Motor und Sport (German), Oliver Blume, the current president of Porsche AG, will apparently be appointed president of the next Volkswagen ... 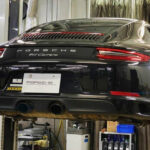 Black carrera that seems to melt

Porsche Center Ginza Koishikawa's Instagram I haven't managed SNS properly, and especially for Instagram, as I really remembered, it's only occasionally uploaded, and it's almost left unattended. And ...

PREV
The BMW i8 ... is giving birth to the Porsche 911 ...
NEXT
Ferrari event: I participated in Cornes Circuit Experience'Secondo'