Measurement of parking lot inclination at Costco Tamasakai store ... Can I go with Porsche 911 GT3?

Measure the slope of the parking lot at Costco Tamasakai

I really want to go to Costco with the Porsche 911 GT3! Because of the strange hope, I wrote an article about which of the Costco stores that can be reached from Tokyo can clear the parking lot slope without rubbing even at the low ride height of GT3.

The article at that time is here:
Where are Costco and IKEA in the suburbs of Tokyo that can be reached by Porsche GT3 & supercar? Tilt measurement

At that time, I knew that Costco from "Kawasaki" or "Shinmisatorara" would be able to go with GT3 without any problems, and I was already convinced! I was thinking ...

I received a comment from my blog saying, "Costco Tamasakai store should be measured" ... It's a little far from my house, so what should I do? 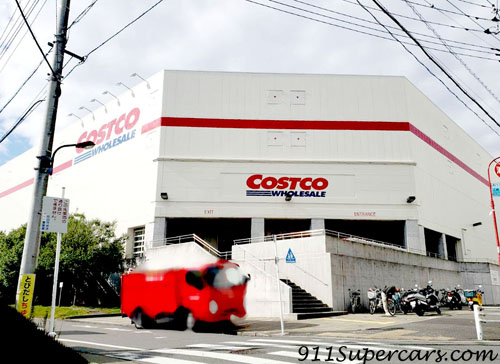 I heard that the parking lot slope of Costco Tamasakai store is quite strict, so I went to the measurement with Black 911 Carrera this time as well. The weather is good and the drive is sunny. The autumn leaves on the way were also beautiful.

By the way, I arrived at Costco Tamasakai store. It's finally the parking lot slope. Pounding. 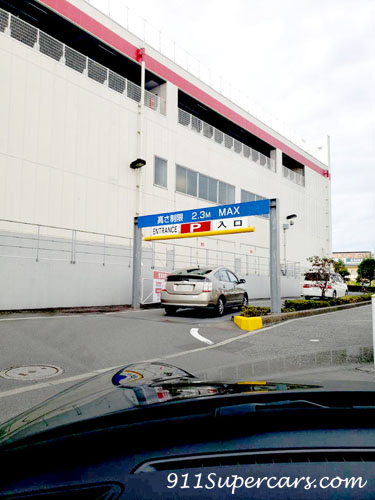 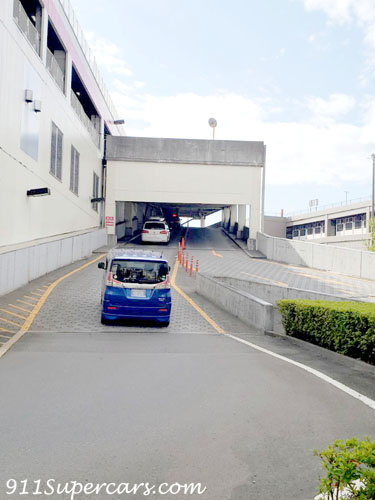 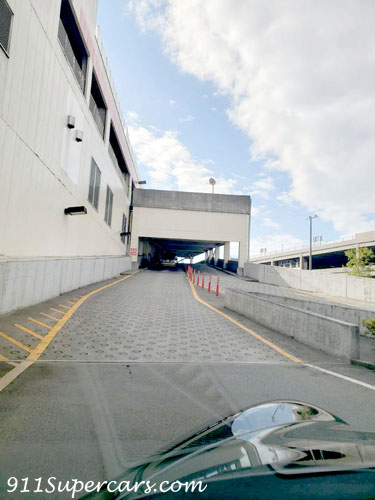 Immediately, it is the measurement of the slope.

Here, the slope of the slope connecting from the 1st floor to the 2nd floor is about "14.8%"was. * Reference figures arePast blog posts mentioned abovePlease refer to. 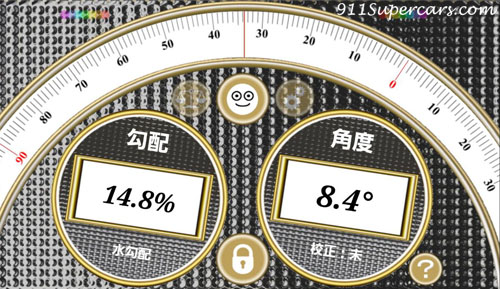 With 14.8%, it is a gradient that can be cleared without problems even with Porsche GT3 (991.2) if you use a lifter for the time being.

… But there was a slight pitfall in this slope, so I will continue to “return road = downhill” later.

For the time being, measure the slope of the slope that connects the 2nd to 3rd floors. 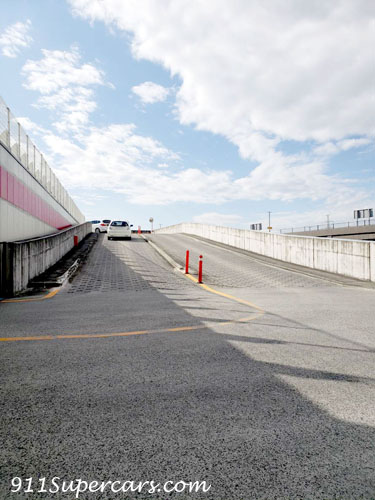 This is quite loose from the appearance, and the actual measured value is also about "12.8%". I can afford it here. 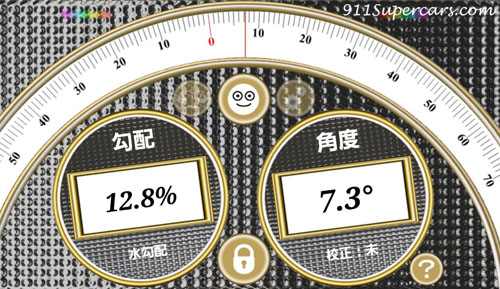 Since the slope was only in these two places, the slope measurement ended here and it was shopping time. It was my first time to go to the Tamasakai store, so it was quite fresh.

This store also has a one-floor shopping area (Makuhari has two floors). I like it because it's easier to go around on one floor. 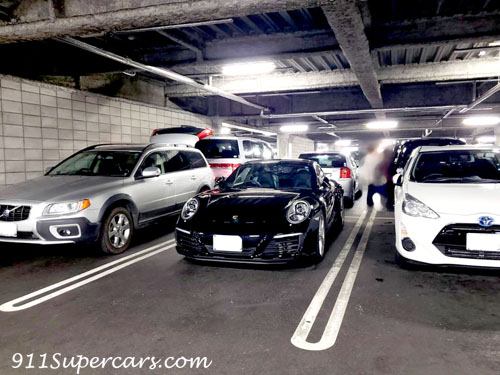 Be careful of the downhill slope! !!

From the 1st floor to the 2nd floor, I'm going to go down the slope that has been raised with a margin. 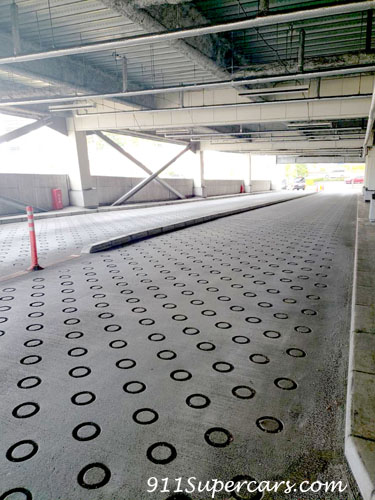 Here, the tilt enthusiast who went to the measurement together this time (advanced from me ... I was not a tilt enthusiast!) Was pointed out one point when he saw this slope. 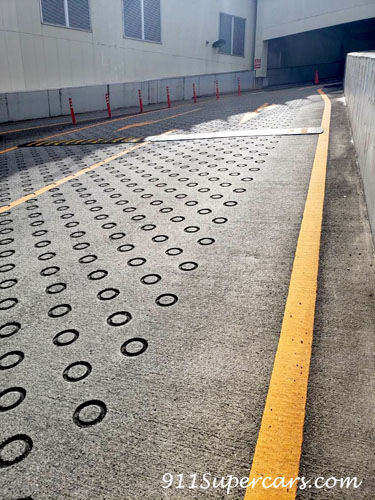 That's where this blue circle ↓ "Isn't it pretty dangerous here? (= There is a possibility of rubbing)". 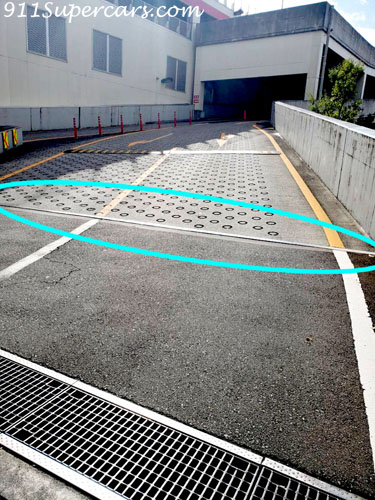 surely. Seen from the side, it looks like this. Slope end at a slightly sharp angle over a strange line. 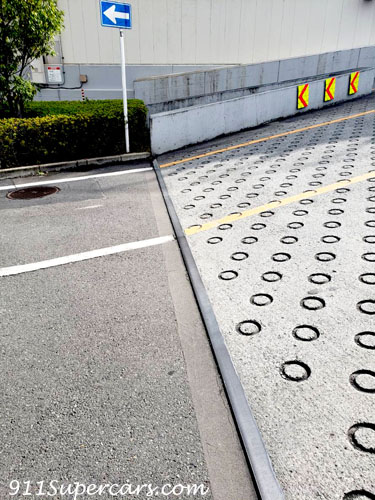 When I was having such a conversation, Honda Fit (which seems to be 135mm above the ground) who ran down normally without slowing down so much ... seemed to be able to go home normally. …. Maybe. 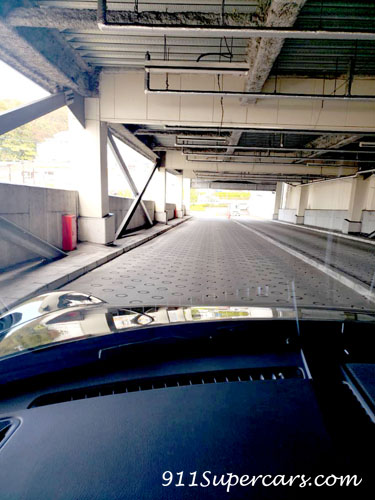 So, on the way back, I will go down the slope from 2F to 1F, thinking about paying attention to that part.

It's a dangerous point, but when I actually got in the car and ran, the feeling was completely different from what I saw from the outside, even if it was a really black 911 Carrera, if I did not go slowly, I wouldn't mind. Isn't it really rubbing? ?? I was so scared that I could think.

As expected, the real tilt enthusiast is different! The eyes are too sharp. It is said that the danger is pointed out just by glancing at this slope end. 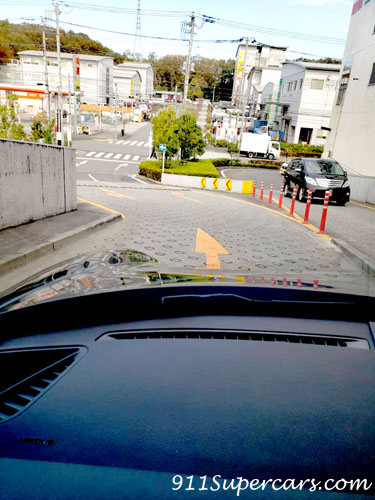 Can I go to the Costco Tamasakai store with the Porsche 911 GT3?

In conclusion, the parking lot slope of Costco Tamasakai store seems to be "at first glance (even on a slope)", but "The 1st floor slope end on the last way back is dangerousTherefore, we do not recommend going by car with a low ground clearance.

Even if you have a car that is about 135 mm long, you may be surprised if you don't drive slowly.

In the case of Porsche, even if it is 911 Carrera, it was a feeling that it might be really dangerous if Costco's heavy luggage was loaded in the front trunk. 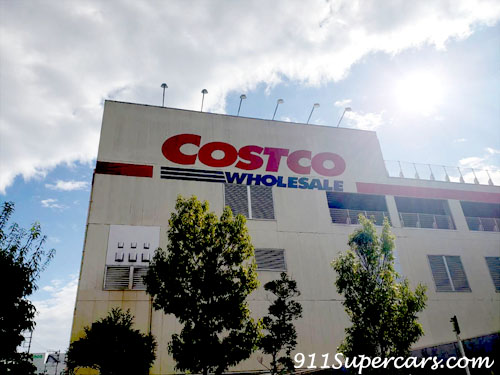 So, it seems that the day to go to Costco Tamasakai store with GT3 will not come. disappointing! Thank you to Mr. Costco of Tamasakai.

It was a suspicious and extremely tilt measurement again, but this time I was not alone at the time of measurement, so I was still stronger than last time ^ ^

... I was taken a little flirting myself when measuring the tilt of a suspicious person ... but when I look at it like this, it's really suspicious (laughs). Too weird. 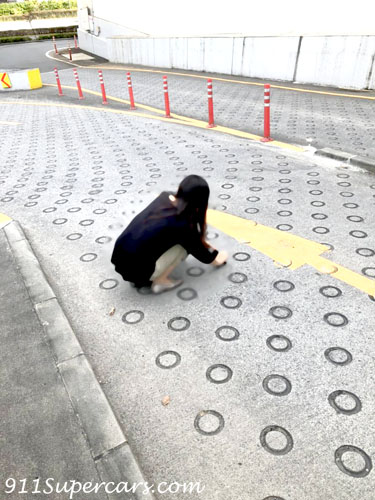 But ... It's quite suspicious that one person is measuring the slope, but the composition is that two enthusiasts are talking about the slope, such as "I can do this" and "Is this dangerous?" But that was pretty suspicious (laughs).

Hmm, it was fun! Thank you to those who commented. I enjoyed it ^^

Related article:
Where are Costco and IKEA in the suburbs of Tokyo that can be reached by Porsche GT3 & supercar? Tilt measurement
Costco Makuhari store parking lot inclination measurement ... Can you go with Porsche 911 GT3? 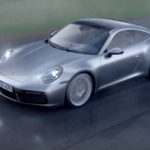 From the new Porsche 911 (Porsche 992), an explanation about the "wet mode" that is standard equipment on all models was posted on the Porsche site (English: source information at the bottom of the page), so about that. .. 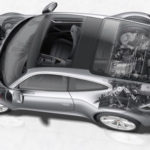 About the engine and aerodynamics of the new Porsche 911 An article "How the new 911 got its" drive "" was published on Porsche's overseas site. This article, there ... 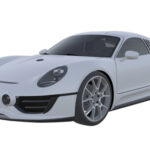 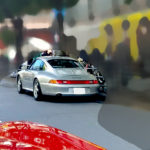 It was a weekend when I saw various Porsche. First of all, here is the early model of 991. As for 991, the back view is quite different between the first half and the second half, so the impression is quite different. Seen from the front, it feels like "Oh, 991." And this ... 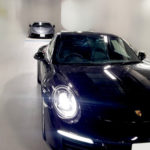 There was a Centenario Roadster! And I'm glared at Performante ... Happiness ^^

Lamborghini Centenario Roadster I had a business at Hotel New Otani, so I went to Akasaka Mitsuke, but when I came here, the question "Ah, would you like to stop by?" Is CO ...

PREV
My car Porsche 911 Carrera taken by Yoshifumi Ogawa
NEXT
The announcement of the latest Porsche 911 992 is approaching ...