The other day, when I went to a certain shop, I saw something like Porsche 911 in the parking lot. 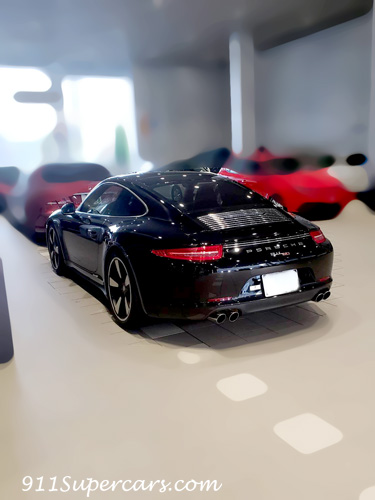 Because it was really nice. The fact that I was riding shinyly made the 911 look even more wonderful, and I could feel the love of the owner. ^^. 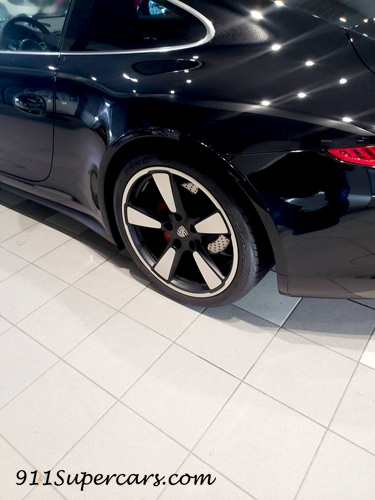 The person in charge came out of the shop and talked to me, but there was almost no conversation in my ears ... I'm sorry (but at that time my husband was in charge) Since he was talking to me, the conversation was established ^^). 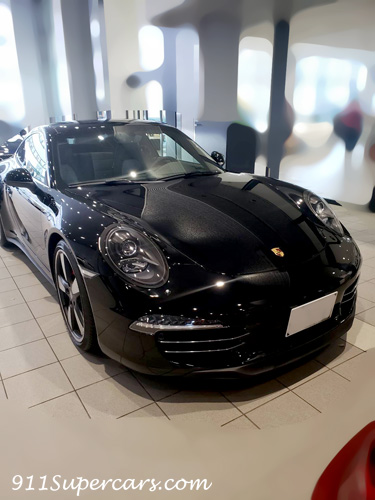 I was curious, so I searched a little. The photos after thisFrom overseas used car information siteIt is. 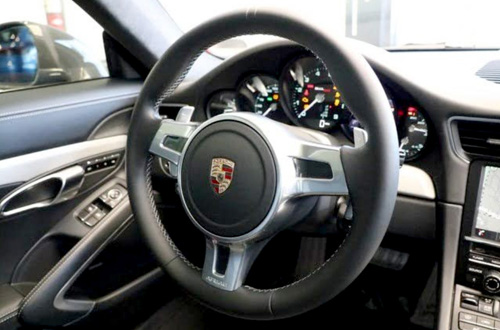 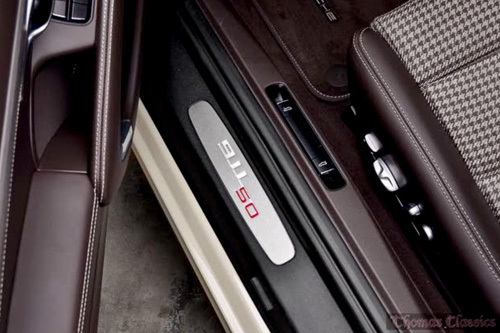 Base is Carrera S, limited to 1,963 units worldwide

Although it is based on Carrera S, the body is a wide body that was used in 4WD models such as Carrera 4. The front bumper and window frame are also specially finished, and the plated rear grille is also characteristic. 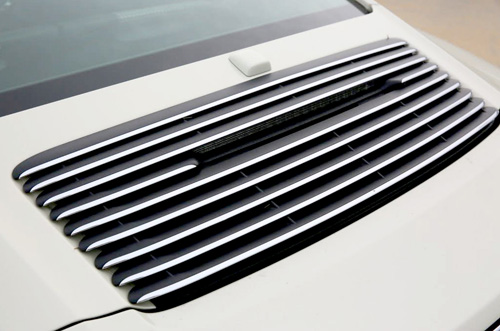 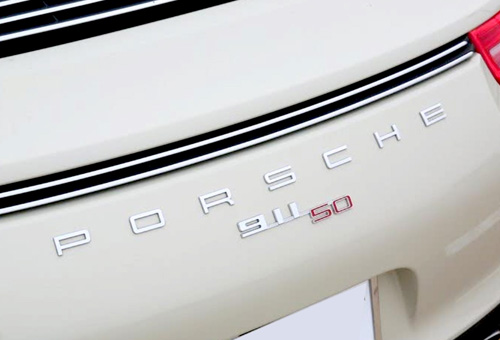 Furthermore, as mentioned above, a 20-inch special wheel with a Fuchs wheel motif is adopted, and the interior is also a pepiter pattern. ↓ A pattern like this houndstooth. 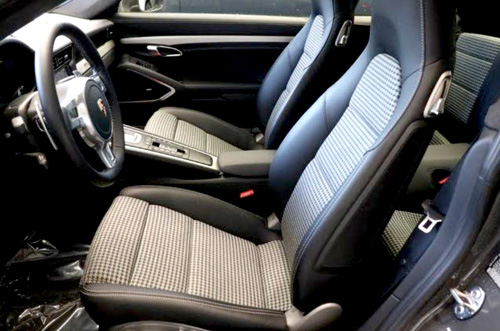 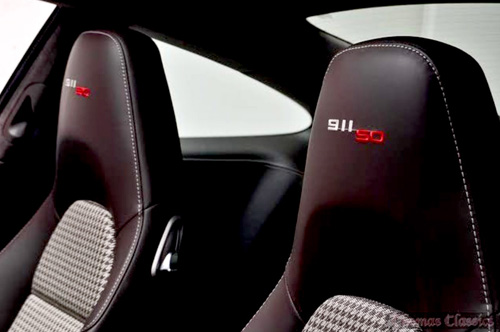 A fire extinguisher is also available as an option. 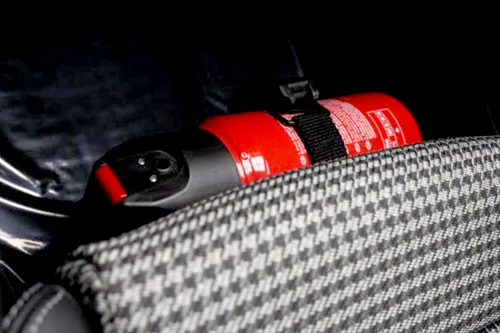 And this 50th anniversary model 911 is limited to 1,963 units, so the serial number of that number is stamped on the dashboard where the cup holder comes out.

Looking at the items on the second-hand market (overseas), each number was entered like this. This is [No. 723] ↓ 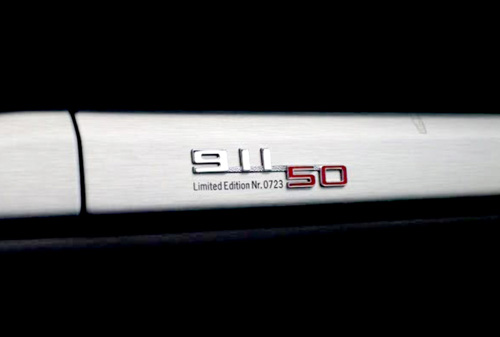 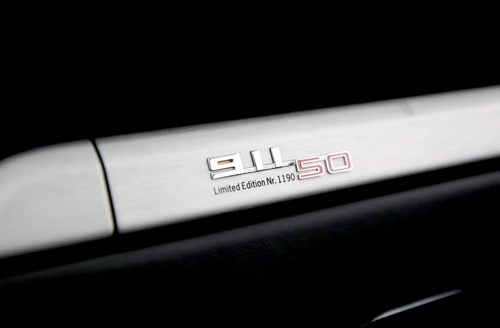 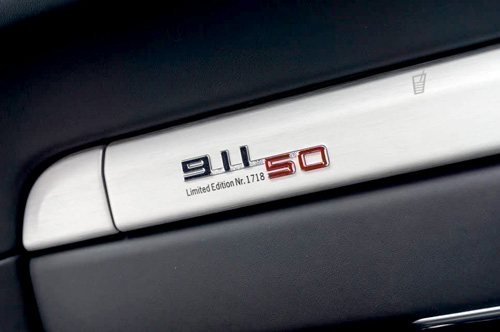 The photos after this are from the official Porsche website overseas.

This time, when I saw this Porsche 911 50th Anniversary model, the first thing I thought was "Somehow, there is something similar to the upcoming Porsche 992 type".

So does the rear logo, and so does the Fuchs style foil. 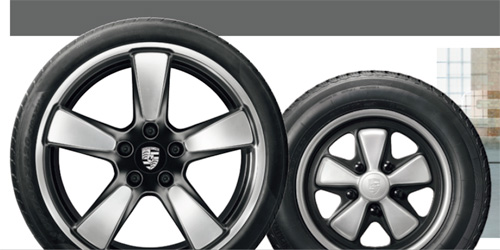 As an image, the elements of 911 that are classical as a whole are incorporated, and as my own thoughts

Even if it wasn't considered, when I saw this 50th anniversary model, I felt the inevitability of the current 992 as a 992.

If I buy a Porsche 911 from now on (assuming all options are available), I wouldn't choose a pepita-patterned sheet first, and if I didn't choose a Fuchs-like classically designed foil, the back I think that I will change the logo of the 911 classical font of 911 if I can change it.

Maybe I want a black leather seat, spider-designed foil, and a 911 logo with a naive font like 991.2 if you can change it. 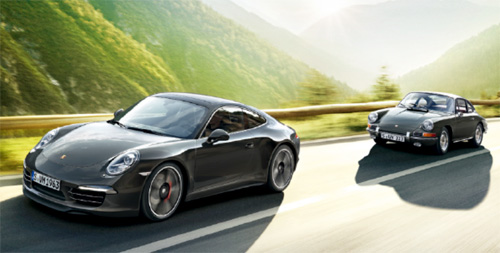 If you choose it yourself, it's actually a Porsche 911 50th Anniversary model that is completely different from your taste, but for some reason, when you see this completed 50th anniversary model, it becomes "Wow !!!!" Curiously, I can't help but really look at this 911. 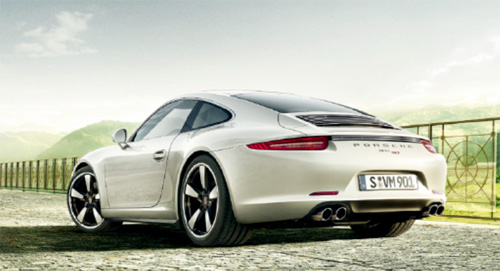 But when you like people, right? After all, it's about whether or not "the person who exists there" seems to be wonderful, and each part is not essential.

I don't know why, but what fascinates me is that person's charm. In this case, I think that this completed shape is also the charm and fascination of this car for me. 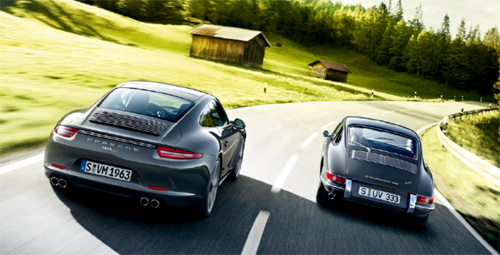 * This spec is not a 50th anniversary model power kit, but a base one

It was a really happy time to meet the very nice 50th anniversary model Porsche 911.

By the time I got out of the store, this car was gone and I didn't feel the loneliness at that time. 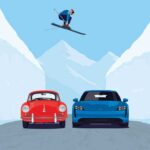 The first photo was impressed in 1960, and this time in 2021. There is a video of about 6 and a half minutes at the end of this page, and I was impressed to see it. In this way, with Porsche connecting the present with the family that has inherited the old feelings ... 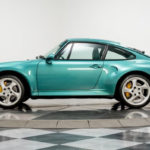 All the interior is green The 1997 Porsche 911 Turbo S currently on sale at the duPont Registry (a story in the United States). At first glance, I thought the color was "mint", but here ... 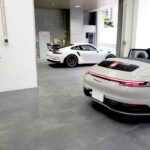 A bird pooped on my Porsche 911 Cabriolet, INSIDE! 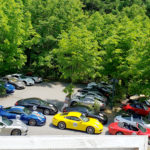 By the way, the first day of "Porsche The Rally -Amazing Moment-". After checking in at Kamisato SA and taking a restroom break, the next checkpoint, "Oginoya Yokokawa ..." 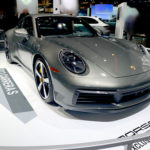 PREV
The new Macan before becoming an electric car is unveiled! Compare with the current Macan
NEXT
Hand wash Porsche 911 GT3 (991.2)