Follow the car carrier with your Porsche on it

As usual, this time it will be a lot of metamorphosis. n/a.

But, I think that there are actually many people who bought Porsche doing the same thing. You who were doing such "the same thing" are also perfect Porsche metamorphosis!

While looking at various Porsche information from time to time, I noticed that overseas people are using an app called "Track Your Dream".

This is an app that you can use when ordering a Porsche, what kind of situation your Porsche is in the production process now, you may get some photos in the middle of production, and that Porsche is yourself even after production It's like a tracking app that will follow you until it reaches you. maybe.

But unfortunately this cannot be used from Japan (as of March 2021).

Previously, when I had the opportunity to meet a great Porsche Japan person, I asked "I want to use this app, but I can not use it ~", but after all it is "not supported". So, I tried to appeal to Germany as well, "I want to use it from Japan too !!", but it didn't work (← I'm not giving up).

MoreoverYou will be able to see production process photos in the same way with the service called My Porsche.That's right, but Japan is not yet compatible.

If that happens, even if you do not know the progress in the factory, if Porsche is built and put on the ship, you have no choice but to chase the ship on your own.

So, first of all, I asked him to tell me if he knew the ship he was on, and he told me about that ship.

And I found a ship called "Morning Caroline".

While I was writing this Porsche blog for about a month when I was chasing the ship, I could not understand whether my heart was in Porsche or in the ship ^ ^

There are several ship tracking apps available for tracking ships, so I used them.

Among them, I used

(These can also be tracked from the browser without using the app).

At first, I started using Vessel Finder Free, but since the real-time data update may be too slow, it was Ship Info that I tried to find another one without numbness, but this is very good. , I've been using it almost all the time since I met this Ship Info.

If anyone wants to track the ship in the future, I would recommend this Ship Info for now ^^

So, here is a record of my ship tracking.

First of all, here. This is a video of Morning Caroline, where my Porsche 911 will be placed, when it arrived at the port of Emden, Germany.

Apparently, the day of arrival in Germany was a heavy rainy day.

If you take a closer look, Porsche before being loaded on the ship are lined up at the port of Emden.

When I wondered if my 992 was among them, I was already looking for it seriously while glaring at the screen, "Where are you ?? Which ??" ↓

I understand that there is a Taycan, but after all I could not find my 992. Well, that's right (laughs).

And my madness doesn't stop here. This is the beginning. Fufufufufu.

My hobby is ship tracking

Anyway, from December 2, 2020, when my ship tracking started, when I wake up every morning, I first check the position of the ship ... but it's my daily routine.

Not only in the morning, I also check the location of the ship many times a day after that, and every time I see it, I grin, thinking "Oh, I moved about 1mm (on the map)!".

Anyway, I took screenshots every day because I wanted to check the location of the ship many times and record the location, but here is ↓

Anyway, there are already a huge number of images. Well, I've been taking screenshots several times a day for over a month ^^

It would be difficult to post all the route images of these ships on this blog, so based on the data of these screenshots, I dropped the route of Morning Caroline on which my Porsche 911 was on the map. Saw.

In other words, after leaving Germany like this, I have moved to Japan ↓.

So, the ship carrying my Porsche departed from Emden Port in Germany on November 21, 2020, and Japan entered Toyohashi Port on January 12, 2021.

By the way, before coming to Japan after the port of Emden, the places where this ship stopped are as follows:

I arrived in Singapore on January 2nd, just after the beginning of 2021, so if the world isn't in Corona, I think I was going to Singapore to see the ship this year. (Lol). No, seriously.

In this Porsche purchase note, I wrote a record about the tracking of the ship, but next ... Fufufu, the metamorphosis is still going on.

This metamorphosis record is still going on! It's like that ~ ^^

It is a continuation→ Porsche 911 purchase note: ④ Remote tracking of the ship carrying the Porsche 911 entering Toyohashi Port 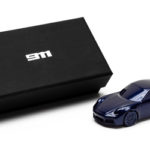 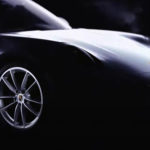 The announcement was made by Virtual World Premier Porsche on May 14, 2020, according to Porsche's announcement on May 18, 2020, through Porsche's web TV channel, "Two new Porsche 911 models will be launched ... 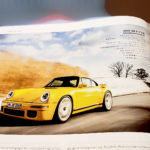 June 2018 issue of the American magazine "ROAD & TRACK". * The text in the magazine is copyrighted and is blurred. Aston Martin 2019 Aston Martin Vant ... 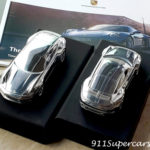 New Porsche 911 Japan Premier Attack Video The new Porsche 911 was unveiled for the first time in Japan on May 28, 2019, the press announcement by Porsche Japan "The new 911. Japan premier ... 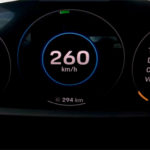 Porsche vs Tesla Electric Car Laptime Battle From last month, Tesla's Elon Musk tweeted "I'll run the Tesla Model S on the Nürburgring!" And then "Tesla is the Porsche Taikan ...