I have seen the GT-R50 by Italdesign test car

Recently, I haven't been out in the city because the state of emergency has been announced again, but I had a little business on this day and had the opportunity to walk in Ginza for the first time in a while.

When that happened, I stopped by here, Nissan Crossing.

However, this was not the purpose for which I stopped by this Nissan Crossing this time.

I wanted to meet this one that was on display in the back ...

The GR-R50 by Italdesign was jointly developed to commemorate the 50th anniversary of the birth of GT-R and Italdesign in 2019 and 2018, respectively.

This Italdesign GT-R50 is based on the latest GT-R NISMO and is equipped with a 3.8-liter V6 VR38 DETT engine that boasts a maximum output of 720 horsepower.

This Nissan GT-R50 By Italdesign, which will be sold only for 50 units worldwide, is an amazing model with more than 100 million units.

The test car on display this time is a test car made with the same specifications as the GT-R50 on the market, and it seems to be a real test car that has undergone various tests from the city to the circuit.

Even so, I thought that this GT-R50 would make a tremendous difference in its appearance just because the coloring of the body was different.

This test car I saw this time is black x white. That's why it's such an image ↓

And here isGT-R50 I was watching at the same place in October 2018.. The impression is completely different! ↓

This is a test car of Italdesign GT-R50, but it seems that it will be exhibited at Nissan Crossing @ Ginza until March 31, 2021, so if you are interested, please come ^ ^

I want to know the greatness of GT-R someday

Even so, I've always wondered if the GT-R is a really great car.

Because, there are really many people around me who own or have run Porsche and other manufacturers' cars and say "GT-R is the best". is.

Unfortunately, I still only "sit in the driver's seat of a parked exhibition car", so I don't really understand how great it is. sad….

However, there are so many people around me who say "GT-R is good", so I would like to feel its greatness and goodness once. This is also one of my dreams ^^

Is the lion of Ginza Mitsukoshi more conscious?

Last but not least, Ginza Mitsukoshi is in front of Nissan Crossing.

Because that lion was masking! !! !! ^^ with Mitsukoshi mark

It was a day when I was able to discover "So what?" (Laughs). Even so, by hiding the mouth, I can understand the wonderful thing about this lion's eyes.

Italdesign of GT-R50 is 50 units in the world, but how many units will come into Japan? Is there a lot of delivery to Japan only for Japanese cars? Isn't that the case ...

I think we have to wait for a miracle to see if there is an opportunity to pass the actual car in the city, but I look forward to that day coming someday. 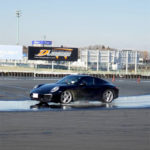 Driving lesson at Porsche Finally ... I thought that such a day would come someday ... I was thinking in a corner of my head, but finally I finally came. I ran at high speed from the morning ... and finally through the rearview mirror ... 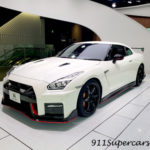 Ride the GT-R with Nissan Crossing ~

Nissan Building at Ginza 4-chome Crossing I stopped by NISSAN CROSSING in Ginza for the first time in a while. This is the first time I went to see Italdesign's GT-R50. This way, I have time ... 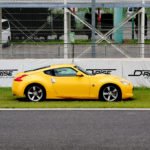 Increased number of cars. I bought the 4th one ... Buy Nissan Fairlady Z34!

This day. All the way, I went to a place like this. Nothing ... The place I visit for the first time. so. There. Tsukuba Circuit! Oh oh. Here is. I've seen other people go on blogs, etc ... 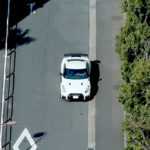 GT-R from the very top!

It was one day. I was on the upper floors of a building with my child. A child looking out the window suddenly says, "Oh, there's a cool car over there!" Let's take a look together, "Where and where?" ...

Bucket seat cushions Of all the cars in our house, the Nissan Fairlady Z is currently the only manual car. Therefore, when I sometimes want to enjoy manual driving, I also have this yellow Z ...

PREV
Make a Porsche Taycan with a 3D pen
NEXT
Non-waterproof smartphone, recovery from submersion