On overseas sites, 10 of the cars that will be announced (or may be) next year in 2020 are posted, saying that they are looking forward to it, so I took a look.

Since it has not been announced yet, the photo will be a spy shot with camouflage.

Before that, what was written as "exciting cars announced in 2019" this year, which is about to end:

Whether or not you are actually excited depends on the car you like and the car you are looking for, so I don't know if all 10 will sympathize with you, but about one of them says, "I can expect this. Is there a car that says "!"

Tonere is a small SUV for Alfa Romeo. Plug-in hybrid.

The name Tonere is said to be the name of a mountain pass in the Alps. Hey!

In addition, a crossover may be announced. It seems that it is said that ... It is still undecided.

It is said that a 7-speed manual will be released in the end.

BMW's M3, which is said to be almost certain to be announced in 2020. This car will be equipped with an in-line 6-cylinder engine called S58, which was newly developed by BMW's M division.

Is it going to be an 8-speed AT and a 6-speed MT? When. Well, what's worrisome is what happens to the size of the kidney grille ...?

It is said that the performance of the Fiesta ST, which is very good, should be hidden in the body of the crossover, so it can be expected.

The Lexus LC500 is great, but the LC500 is in the Grand Tourer category, so I wanted a sharper "F version" ... that would be the Lexus LC F.

Maybe it will be a naturally aspirated V8 engine. This is definitely cool ~ ^^

Mercedes will announce the 7th generation S class (W223 type) that will be fully remodeled.

Since it is Mercedes, it is written in the article that it must be equipped with amazing functions, it is "100-way electric seat? Equipped with traffic recognition software that can be seen into the future? ... No, that is not the case. Anyway, what Mercedes prepares must be something amazing! "It seems to be expected ^ ^

Certainly, it seems that it will be equipped with functions that will surprise you.

A lot of spy shots have already been taken, so it will be announced by the end of 2020.

Although there have been rumors that it will not be a turbo, it is most likely that it will be a naturally aspirated horizontally opposed 6-cylinder engine.

The height of the car will be higher and the body shape will be more practical ... However, even with Cross Turismo, the fastest version will be named "Turbo" (laughs).

The new Yaris GR-4 will be unveiled at the Tokyo Auto Salon in January 2020. Four-wheel drive.

The name "Yaris" has been used overseas for a long time, but this Yaris was sold as "Vitz" in Japan.

From this new model, everything from the engine to the platform will be newly built as a world-class car, so the name has been unified to Yaris as well as overseas.

Golf GTI is a high-performance model of the new golf.

Immediately before I got on the current Porsche 911 Carrera, I was riding the Golf GTI Pirelli and I was riding the golf manual overseas for about 5 years, so I am also very interested in golf ^ ^

I want two of these cars

It was said that 10 units will be announced in 2020, and it is said that the announcement is a little long-awaited, but if I say, "I will let you buy whatever you like without considering your own environment and the environment of the manufacturer. If you can say "... (again, delusion). 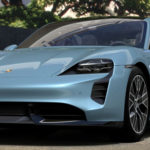 Porsche Taycan configurator As expected. This time, in response to Porsche's preparations for the announcement of Porsche's electric car Taycan, "This is absolutely right after the world premiere ... 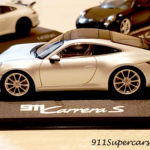 Purchasing a Porsche 992 minicar No, I wrote earlier that the model car (minicar) of the new Porsche 911 has started selling at Porsche centers in Japan. At that time, a little cheaper one and a little ... 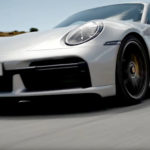 New Porsche 911 Turbo S with two VTG turbochargers targeted Porsche has released a video of the new Porsche 911 (992) Turbo S. It's a short video of less than a minute, but for me this video is a symptom ... 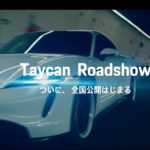 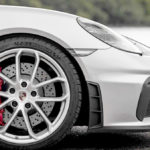 2020 Porsche 718 Spyder 718 I often hear and see that it seems that spiders are not easily available these days. I really want it! People who think ...