Porsche and others at Goodwood in 2021

Last year 2020It was canceled because of the coronaThe Goodwood Festival of Speed will be held again this year.

The video of Porsche who ran in Goodwood this time was released, so I took a look.

Well, after all Porsche is cool as usual ^ ^

In addition, it seems that a parade run was also held with successive Cayennes. The Cayennes who ran are both cars at the Porsche Museum.

The following are the successive Cayennes who came out of the museum and ran:

At this time, not only the touring package,GT3 with wingsIs also running together.

And the other one that ran was Porsche's proud electric vehicle TaycanCross Turismo Turbo S..

It seems that Taycan was hill climbing in the category of first glance.

Just a few lines ago I wrote that I like the sound of GT3, but I write something that seems to be inconsistent, but when I see this Taycan running, I also like the cosmic sound of Taycan ^ ^

It's not an engine sound, but this sound has already been rubbed into me with the feeling of "Taycan", and I really like this sound.

When you hear this sound with a sense of space and a sense of the future, it feels like your body reminds you of Taycan's tremendous sense of speed.

I also like the audience chasing Taycan (smartphone shooting) at around 0:35 (laughs). Everyone must have seen the Taycan running through while listening to the sound at this time ~ ^ ^

Besides Porsche, there are also various new cars. (In no particular order)

Lotus wanted Emira and even became a configurator ... but now it's a little calm. picture? what? Oh, that's my mood (laughs).

Here is the configurator. Aim for MT in the first edition (No, I'm not aiming anymore ^^) ↓

Also, there will be some other exhibited cars ↓ 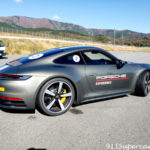 Porsche Track Experience (PTE): Have you participated in Performance ...? 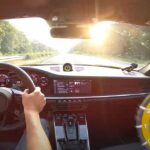 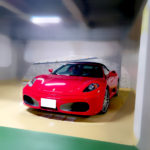 I found Ferrari in a certain parking lot. Is Ferrari 430? It was when the children were with me, so I said, "Oh, there's a red Ferrari," but the kids who saw the Ferrari through the window from inside the car ... "Ah, daddy ... 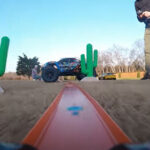 55.2 million people subscribe to the Hot Wheels course You Tube created by YouTuber (as of February 2021) Toy Trick Shots released by "Dude Perfect" ... 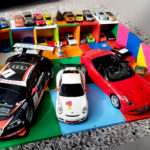 Tomica added at the closing sale of Super Autobacs Shinonome ~

PREV
Change the profile of BMW M3 to your own specifications
NEXT
BMW M4, Porsche 911 GT3, 911 Turbo S running over maximum speed