On November 13, 2022, I stopped by the exciting Porsche 2022 held at the Red Brick Warehouse in Yokohama.

I didn't keep track of when it would be held, so I only realized it when an acquaintance contacted me at the last minute asking, "Are you going to Akarenga?" It was closed.

Still, I was able to go a little before the end time, so it was good ^ ^

It's a very happy space to be able to meet a lot of Porsches that you can't usually see.

The car of the person I met at the Porsche garage the other dayAnd so on, I thought "Ah! This is!" ^ ^

It's a pity that I couldn't meet the owner.

On this day, I was also planning to meet other owners who had been told in advance that they would be exhibiting at this venue, so I was very happy that I was able to meet them safely.

I didn't know in advance that it would be exhibited, but when I went there, I was able to meet some people who were exhibiting, and it was a really fun time ^ ^

Unfortunately, I arrived at the venue too late, so some people have already left (tears).

Even so, it was an exciting Porsche 2022 with a lot of air-cooled people and a wonderful view.

Someday with Ruby StoneNew Ruby Star NeoI would like you to line up Porsche and show the difference in color.

I'm sure that next year, or the year after next, Ruby Stone and Ruby Star Neo will be lined up at this place ^ ^

On this day, I managed to get there at the last minute, close to the end time, and I was able to meet the people I wanted to meet, but I needed to achieve another goal, so I have achieved that goal as well. .

Yes, this is Mr. Kakazan's stall.

At this place, they sell outlet items, and in particular, "SS size" is left at that outlet.

After all, it seems that most of the people who buy it are men, so there will probably be almost all women's size SS left. lucky. Bull.

In this "all you can choose SS size at the outlet", I had a taste at this exciting Porsche place last time, so I went to aim for outlet items (sale items) again this time ^ ^

As expected, the sale items in other sizes were sold out in no time on this day, but the SS size remained until the very end.

On this day, there are lots of base colors + red, such as white x red, dark blue x red, green x red, brown x red.

This time I wanted something with red in it, so I got exactly what I wanted: white x red!

Next, when I went to talk to Sunrise Bluebird, who was at the booth next door, the person I happened to talk to was Mr. Kohei Fukuda, a racing driver.

IPorsche's Weimarama, which was supported by Super TaikyuThe car that was the rival of (laughs).

We had a lot of fun talking ^^

The forecast was for rain that day, but it wasn't raining when I went to this place.

I wanted to say goodbye to the people I met that day before I left for the last time, but I went to each car, but it was the timing when everyone was not by the car, so there were some people who couldn't say goodbye. I was.

I apologized without saying anything.

I was able to show you plenty of wonderful Porsches, and for me it was my mission to purchase Kakazan's driving gloves at a sale price (laughs) It was a very satisfying time to achieve the mission! 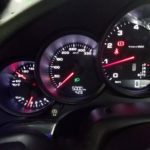 Since around February 2021, the Volkswagen (VW) Group wants or intends to list Porsche because the premium sector within the VW group feels good, and there are no plans to do so .. .. 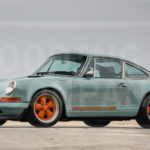 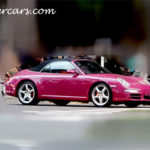 I met a lot of Porsche in the last few days

Every day, when I run in Tokyo, I meet quite a few Porsche. That's one of my pleasures when I'm running again. I feel like I've met more Porsche-sans than ever in the last few days. ... 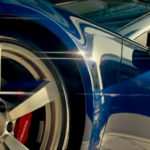 New Porsche 911 in the movie "Bad Boys" starring Will Smith