An event called "Icons of Porsche" was held in Dubai, United Arab Emirates for two days from November 26th to 27th, 2022.

It seems that 2021 was the beginning of this event last year, and at that time, 7,000 people participated in 2 days.

However, this time in 2022, the number of participants has reached 15,000 people from all over the world, more than double the number last year.

In just two years, the Icons of Porsche has become the largest automotive festival in the Middle East.

Although it is called an automobile festival, it does not mean that various manufacturers gather, but it is the largest event in the Middle East where only Porsche gathers, so you can see the popularity of Porsche in the local area.

In addition, many tourists, journalists and members of the Porsche Club from Europe and other continents participated, so it is sure to be an event that will continue to grow.

The theme is Safari Edition

At Icons of Porsche, many cars were displayed in five zones, but the main theme of this event is the Safari Edition, which is tailored to off-road adventure enthusiasts in the Middle East.

Given this, thisPorsche 911 Dakar will be announced just before the eventI think that the perfect time was planned for a long time in Porsche ^ ^

In fact, at this festival

A regional premiere was also held.

At this event, it seems that they were able to experience a thrilling ride in the latest Cayenne on a dedicated off-road track set up in the venue.

Speaking of Cayenne, the recently restored first generation Cayenne will also be on display as part of the 20th anniversary of Cayenne in the Middle East.

It may be difficult to use normally in Japan, but I thought that Cayenne would be very cool like this for off-road specifications (even just showing its appearance ^^).

From the Porsche Museum in Stuttgart, Germany, four classic sports cars were transported all the way to Dubai and exhibited.

The following Porsches were brought from the Porsche Museum:

In addition, there were many Porsches of local owners and Porsche club members in the exhibition hall, which was divided into five zones.

There are various art exhibitions in this place, and among themChris Labrooy who announced the new Porsche art the other dayThere is also an art exhibition of "Safari Camel".

Due to the great success of this event and the desire to make it even bigger in the future, the schedule for next year has already been announced.

The reason why the next schedule was announced a year ago is because we would like many people to come to the event with the schedule in mind.

So, the next event will be held on November 18th and 19th, 2023, so if you are thinking about going, please adjust the schedule around here from now on.

Source:(Official) 2022 Icons of Porsche festival attracts over 15,000 fans in Dubai 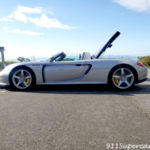 Run on the winding road of the Ashinoko Skyline again! !! This time it will be a very exciting blog. After all, the excitement blog is long (sorry (laughs)). The experience that made me so excited was Taycan the other day ... 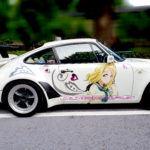 O. I can see a silhouette that seems to be Porsche of the age ...! As I walked while thinking, Porsche saw a 930 turbo. However. Something is a little different. Seen from the front, Mr. 930 is wonderful ... 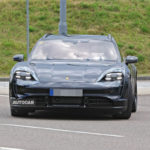 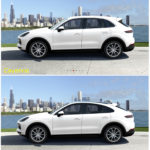 Porsche Cayenne Coupe announced (March 21, 2019 German time) Ah, it's only recently that Porsche's "Cayenne and Macan can be distinguished", but here it is hand, ... 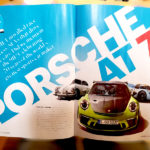 This is the June 2018 issue of the UK magazine "Car Magazine" (the June issue is now ...). * For copyright protection, the text in the magazine is blurred. In commemoration of the 70th anniversary of Porsche, the content was centered on Porsche No ...