31,800 liters of soda was used for the opening shoot of No Time to Die

007 New: Actual shooting of the car chase part at the opening

007's new work No Time to Die has been released, but despite the fact that it was said that most of it was CG because there was a huge budget for this shooting, it was not strange. It seems that it was a location where the car was actually driven, such as the car chase part.

I haven't watched the movie yet and am writing this blog, so I think it might be a spoiler because it is written by a person (I) who does not understand the content of the story, but those who care about it Please be careful not to read the future ^ ^

So, regarding the car chase video that appears at the opening of the movie, it is said that this part was actually shot in Italy, and that "a large amount of soda" was used at the time of this shooting.

I think the reason why it is written as soda is that the manufacturer name (product name) cannot be given, but maybe it is cola or something like that. The amount used was a surprising 31,800 liters (8,400 gallons).

In fact, if you've already watched the movie, you might think, "Well, wasn't there a scene where you sprinkle such soda?"

That should be it.

The soda used was "sown on the road in preparation for shooting", so it did not appear as a soda in the movie.

Therefore, the shooting team poured a large amount of soda into the stone pavement. As the soda dries in the Italian sun, the road surface becomes sticky and the grip increases.

I thought it was amazing (laughs).

It is called high-speed action after the stone pavement is made to stick and a feeling of grip is intentionally created.

Italy also allowed the shooting method well ... (Well, I think it was a contract until the last time it was properly cleaned).

There is also a story behind the fact that during the special effects of shooting ammunition in the cityscape, a fake castle ruin was built in front of the real wall so as not to damage the historic wall of the actual cityscape.

By the way, the Aston Martin that appears in the shooting of 007 this time all looked like the same car, and in fact 10 cars were prepared. 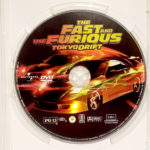 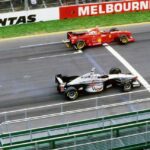 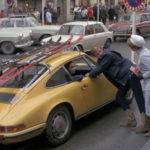 10 Porsche in the movie and their works

Carefully selected? List of 10 Porsche Porsche has appeared in all kinds of movies since the 1950s. Robert Redford and Stee in the 1960s and 70s ... 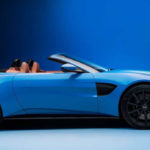 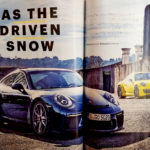 From the March 2018 issue of the British magazine "CAR magazine". Special feature on Porsche 911 Carrera T and 911 GT3 Touring. * The text of the magazine is blurred for copyright protection ...

PREV
Taycan running on a flooded road
NEXT
Porsche 2021 January-September operating profit was 3.6 billion euros (about 474.9 billion yen), and the profit margin on sales reached 15.5%