It seems that he decided not to attach a heavy trailer hitch to the Taycan Cross Turismo, but he said that the bicycle was still designed to be carried properly.

I mentioned this a bit earlier when Porsche announced the eBike.

For the rear carrier that Porsche engineers can attach to this Taycan Cross Turismo, we have already applied for a patent for a structural proposal that can be attached directly to the vertical section of the body.

This rear carrier has also been tested in the test program of the Taycan Cross Turismo vehicle itself, including the high-speed test at Nardo, and its excellent stability has been proven.

Porsche's rear bike carrier is said to be installed in a much lower position than usual, which minimizes air resistance, which means that it has less impact on the cruising range of the Taycan.

Easy to assemble a bicycle carrier

It seems that the installation will be completed for the time being. It's very simple, and it's safe because it's designed so that you can't move on to the next step unless each step is properly deployed.

"Pokayoke" was introduced here. It is said that Porsche has adopted this Pokayoke this time. What is this Pokayoke? This is the word "Japanese", and the meaning is as follows:

Pokayoke is a mechanism / device installed on a production line such as a factory to prevent work mistakes. "Poka" is a bad move that you can't usually think of in Go or Shogi. Excluding (avoiding) Poca is the etymology of Pokayoke.

It is said that it is very easy to put the bicycle on the carrier, and the clearance of the rail is usually 20 cm, but this carrier has 38 cm, so the handlebar and pedals do not interfere with each other and it is easy to install.

Roll-on rails and spacers can be used as options. The spacer allows mounting of all frame shapes, and since the tightening of the bracket is controlled, it will also protect the carbon frame more.

By the way, the rear trunk can still be accessed with the carrier attached. The carrier can also be folded very elegantly by hydraulic damping.

The combination of aluminum alloy, high-strength steel, and fiber reinforced plastic makes it about 20 kg lighter than the conventional rear carrier and trailer design.

Up to 3 bicycles are OK as an option

The load capacity of the third bicycle is 50 kg, but an extension kit is required as an option, and this option will be available for order in the future. 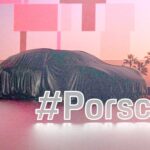 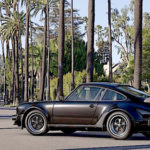 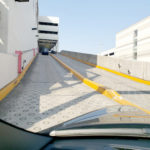 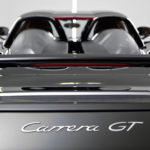 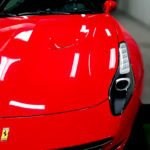 When I came back from Ferrari Racing Days, I ran at high speed, so I was worried about the dirt on the Ferrari. When I think about it, I've never washed Ferrari with my own hands ...

PREV
Porsche Taycan will back to the future at 1.21 gigawatts
NEXT
Mr. Bill Nighy who explains Taycan's technique so that even children can understand it 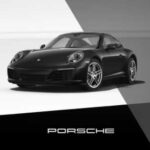 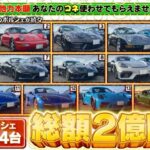 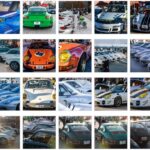 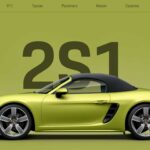 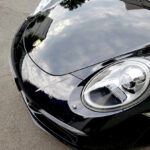