It will be on sale overseas from June 9, 2022.I bought a collaboration sneaker of Porsche and PumaI wrote that a while ago.

Since it was a purchase on an overseas site, and because it was a limited item, there were quite a lot of orders, and because it was sold out instantly, it was difficult to receive an email after ordering, or I was frustrated that the order history did not come out, and I ordered properly. Even if it was made, I was thrilled because I didn't know when the product would arrive in Japan at this time.

It seems that I didn't have to worry about that, and the sneakers arrived at me without taking too much time, so I would like to report it ^^

Actually, I bought two pairs for some reason, so the box was also big. By the way, I bought another pair for resale! !!

… And, a little off the topic, but when I googled to reconfirm the correct name of this sneaker, the following were displayed on google.

Taka! !! (Regular sales are already sold out overseas, so all resale)

I wonder if I should resell it. What ~ (laughs).

When I opened the big box, I saw cute boxes.

Wrapped in a lot of very big bubble wrap, there are boxes that are very cute and can never be thrown away.

Is it okay to have a good story again?

I had a lot of this big bubble wrap in the cardboard that I received, and I gave it because I wanted my child who found it.

It seems that this bubble wrap was secretly spread in the corridor after I went to bed, and I walked asleep in the morning and stepped on these in the dark without knowing it, and there was a terrible sound like "cracking !!!" I really thought it would be a bubble wrap.

Well, so what was the content of this blog? Was it a story about being killed by bubble wrap that was wrapping Porsche sneakers?

Let's get back to the story (laughs).

This box is really cute.

The note on the side of the box was also in Japanese, so I thought it was expected to be sold in Japan in the future.

* Actually scheduled to be sold in Japan in the future / No official detailed announcement has been made yet.

I will open the wrapped paper too.

This time I bought the "black x red" version, but these sneakers are limited to 500 pairs each for this color type.

Free admission to the Porsche Museum in Germany during 2022

If you take a closer look at the insoles, you will see Carrera RS 2.7 when you put the left and right sides together!

It's so cute with Porsche in various details ^ ^

By the way, I bought it in the size of my own foot, but when I received it and saw the actual item, it looked a little rugged and I thought, "Is that too big?" It never happened.

The bottom is firm. But it doesn't hinder walking or driving.

Rather than that, the effect of being happy just by thinking "I'm wearing Porsche sneakers today" is greater for me (simple (laughs)).

The other day, when I was driving a Porsche with these sneakers, I suddenly noticed.

Unexpectedly, it was black x red with the same design (color) as one of the driving gloves I use! !!

It's okay to match somehow, and I'm very satisfied with Porsche again ^ ^

Finally, here is the state when this sneaker was released at the Porsche Museum in Germany ↓

It was killed quite instantly on the online site, and it was sold out in a blink of an eye at the Porsche Museum.

These are people who purchased at the museum. Somehow it looks fun & happy! ↓

Furthermore, this person was already purchased to buy this black x red sneaker! !! I thought.

Somehow, just being able to enjoy these sneakers like Porsche fans all over the world is well worth the purchase for me, and I am very happy.

I am entertaining as a Porsche goods as an event. And speaking of events, I think that I will probably wear these sneakers when I participate in Porsche events etc. in the future ^ ^

I heard that it will be sold in Japan as well, but as an official announcement, when will the release date be, and in Japan, maybe white x black, which is a special Japanese color? I don't know if it's only for sale or if other colors will be on sale, but if you are interested, please come ^^ 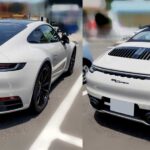 Porsche 992 Look-alike: Compare with and without exclusive design taillights 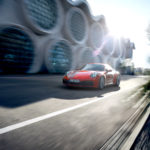 Porsche's official "Porsche rental car service", but I did not think that it would start in Japan, so I was surprised that a press release was issued today ^ ^ A new service in North America was announced in August 2019, Atlan ... 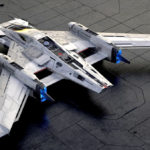 Spaceship jointly designed by Porsche and Lucasfilm ★ Photos of the spacecraft model and Taycan exhibited in LA were added at the back of the page (December 17, 2019) ★ In October 2019, Star Wars' latest work "Sta .. .. 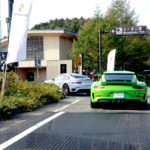 If you want to see the experience of Porsche the Rally 2019 from the beginning, please click here ^ ^ → 2nd Porsche The Rally Amazing Moment 2019 Summary Tantaroba del Museo Garden ... 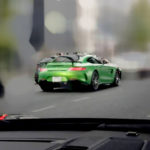