This car isAsset Fiorano package (ASSET TO FIORANO) model that you showed me before..

At first I wasn't familiar with this design, which I used to call myself a platypus Perry, and now it looks really cool, so if you want to buy it, it's Asset Fiorano! A level that seems to be (but in reality it is impossible because a lifter cannot be attached).

Furthermore, this 296 GTB is a V6 engine + plug-in hybrid, so for me it was my first PHEV Ferrari experience! !!

I'm sorry & scared that something in your car wasn't good at first, even if it was a test drive, except for my (or my home) car. I can't ride.

Therefore, on this day as well, I decided to have my husband test drive, saying "I'm okay (driving)".

It's a two-seater car, so my husband went out with a professional driver.

However, as I suddenly remembered when I was in a warm-up state before departure, the engine started.

I'm not sure, but it seems that Ferrari may start the engine when it first thinks something like this instead of manually changing it?

I'm sorry I don't understand well. * Of course, you can manually switch from electric to engine.

The story about various Ferraris, etc., the time passed in a blink of an eye, and when I noticed, my husband returned from the test drive.

In other words, we were standing outside for 30-40 minutes all the time, but I didn't think it was too much fun and too much time.

Moreover, this time, the sales person who was always in charge was not convenient on this day, so it was exciting with the two people I met for the first time (laugh). It was a lot of fun, thank you!

I have driven a Ferrari 296 GTB

My husband came back and advised me, "I always say I don't drive at first, but it's fun to ride, so please go." Well, I'm sure there isn't a great opportunity to get on the 296 GTB. "Then, please use the passenger seat!" To the passenger seat experience (passenger seat (laughs)).

What a professional racing driver who drove and got on board on this day! !! I was a woman ~.

Miki Onaga, isn't it rare for a professional racer? Those who are from Okinawa.

It's also difficult to meet female drivers, so after getting into the passenger seat, I was so happy that I could become a racing driver from Okinawa before talking about cars (environmentally). ) It's rare, isn't it ?! ”, I just heard about Miki Sanzan ^^

I remember being very impressed at this time.

Ah, the number of people who want to support me has increased ~ ^^

By the way, she let me experience various performances of the 296 GTB.

I ran on the Metropolitan Expressway, but of course it's a public road, so it's not like driving on a circuit, but it's still stable at curved corners! !!

Where the rear spoiler of the 296 GTB goes up

In addition, I was able to see the "place where the rear spoiler goes up" that I can't usually see.

When decelerating at a stretch from a certain amount of acceleration, the (?) Rear spoiler, which is usually hidden in the part surrounded by green, comes out upward.

Moreover, this cannot be raised manually, so it can only be seen while driving.

In the case of Porsche, the retracted type rear wing rises when it is accelerated above a certain speed, but in the case of Ferrari, "to stop the car (to improve control during higher performance driving)" when braking It seems that it is a rear spoiler that goes up to make the downforce of ")".

By the way, I was allowed to experience the passenger seat in that way and adrenaline came out, so after all I decided to take turns on the way and drive ^ ^

I ran with the Metropolitan Expressway & general road.

By letting me test drive, I could understand even the 10%, which has the wonderful performance of this wonderful Ferrari 296 GTB, because my performance is low, not Ferrari (laugh), so I did not understand much. think.

Still, the Ferrari 296 GTB is a great car! I was able to feel that it was amazing, and I was able to actually feel the awesomeness of driving by a professional driver.

What I can say by driving myself is that I was able to drive the Ferrari 296 GTB without any problems, and it was a lot of fun! That is.

Models like Ferrari Roma and Portofino made me think "the front is long!" When I sat in the driver's seat, and I was scared of it and couldn't drive. (* Of course, this is my case, and there are many women who are driving without problems.)

but,Just like F8With this 296 GTB, I don't feel the length of the front, the view from the driver's seat is very good, and the rearview mirror is perfectly easy to see.

The width is narrow for Ferrari (1,958 mm), so I enjoyed running purely without fear of driving.

As I told you on this day, this Ferrari 296 GTB is a car pursued under the theme of "Fun to Drive", and when I heard that, "Well, is this a Japanese car?" I said.

It seems that I was already smiling when I drove back to Mr. Cornes. It was fun! Miki Okina is in the passenger seat ↓

Not only did I have the Ferrari 296 GTB experience, but on this day I was able to suddenly have a Ferrari 296 GTB Women's Drive Party (?), And it was a very enjoyable day not only for the car but also for all of them. I did.

Thank you, Mr. Cornes Shiba, the sales people who dealt with me during the waiting time, Mr. Miki Onaga ^^

The Ferrari 296 GTB, a little negative about not being a pure gasoline car, "But this model is a hybrid" did not come up surprisingly at all, it was just "It's fun to drive!" ^ ^

Oh yeah, the 296 GTB is really quiet when it's powered by a motor, but its sound when in engine mode was awesome!

This also feels good. The best.

It was a wonderful Ferrari where you can experience the theme itself of Fun to Drive (← I like it because it's too hot (laughs))! !!

Related article: There were people in the Ferrari 296 GTB! !! 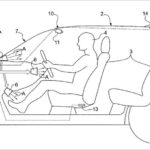 Ferrari applies for patent for air conditioning system: Maybe it will be adopted by Prosangue

Apply for a patent for having Ferrari. That is a little surprising, but about "a mechanism like an advanced air conditioning system". Thermal cameras that can measure temperature are used in various places in the car and people in the car ... 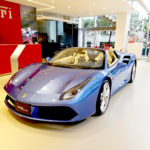 The other day, I had a little business and CORNES went to the Ferrari showroom on the turf. Wow, there's a really cool 488 Spider! !! The colors are also wonderful! The interior is also elegantly colored, no ~ 488 Spider ... 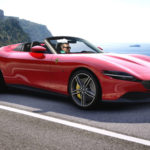 Ferrari Portofino and Ferrari Roma will not be hybrid cars

It is said that Ferrari, which was not created for the purpose of electrification in the first place, is seeing a future that will be electrified even more in the near future. & Electric self ... 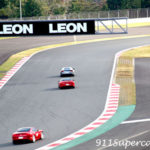 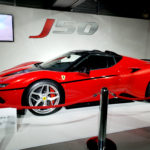 On the first day of Ferrari Racing Days 2018 held at Fuji Speedway for two days from June 30th (Sat) to July 1st (Sun), 2018, the cars that were stopped or exhibited were Everyone was really amazing ... 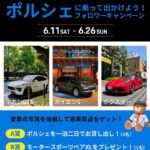 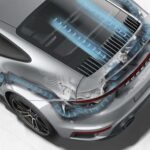 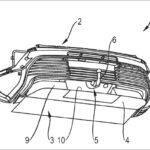 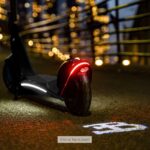