★ Addition ★
The video of the Super Bowl 2022 half-time show has been uploaded, so be sure to check it out! !! → Watch the video on the NFL You Tube site

It will be the pinnacle of American footballThe 56th NFL Super Bowl 2022..

The fight is between the Los Angeles Rams and the Cincinnati Bengals. I won't write about football details here, but the Super Bowl is fun for half-time shows on the way, so I feel like I'm just looking at it almost every year ^^

I don't know much about baseball and soccer, but I like American football.

By the way, such a Super Bowl is very popular in the United States, and it is also famous for the high broadcasting fee of TV commercials that are broadcast when this game is aired. Because the expected number of viewers is over 100 million every year.

At the 2020 Super Bowl, it became a hot topic that Porsche also played a Taycan commercial.

In the Taycan commercial at that time, I also secretly transferred the 992 type GT3, which had not been announced at all at this time. Even the color Shark Blue was still at the rumored stage.

By the way, in many cases, the final version of the commercial will not be released until the actual production of such a Super Bowl on the day of the game, but at this point, everyone has already released teaser commercials for the production. I would like to see it.

For the time being, only car-related commercials.

Austin Powers is back in GM

Dr. Evil, who knows the movie Austin Powers, is in the GM commercial.

This movie seems to be one of the favorite things of Americans of that generation, so I'm sure I'm addicted to the generation who seems to be most interested in buying a car.

Dr. Eble and Number Two Rob Lowe have each released a teaser video.

Postscript: This was also released ↓

In BMW, Arnold Schwarzenegger, who plays the role of Zeus, the supreme deity, who is omnipotent and omnipotent in Greek mythology, appears. The pictures up to the last "Cool" are surreal (laughs).

Kia is a robot dog

Kia's advertisement is called Robo Dog, and a robot dog who wants to be loved like a real dog appears.

A robot dog chasing after a man charging EV6. Jumping towards EV6 ... The battery ran out in the middle.

But ... the story of the driver man charging his dog using the EV6's features. I was a little impressed when I casually saw it ^ ^

Nissan is an action system with the new Fairlady Z

After all, a commercial featuring the new Fairlady Z from Nissan. It looks like a movie that seems to cost a lot of production.

Eugene Levy plays the leading role, starting with him complimenting Brie Larson's new Z. From the point where you let me run for a while ... It will be like an action film. Rapid development (laughs).

The commercial for the online used car sales business called Vroom is musical.

And finally, a commercial that sells used cars called Vroom online, although it is not a car maker.

It is musical and bright.

Is it roughly such a place?

I would like to see the full story of the commercials that have not been released yet at the moment, and look forward to the Super Bowl game and the halftime show ^ ^ 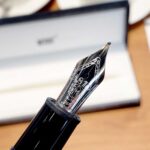 Montblanc for BMW Fountain Pen (Montblanc Fountain Pen) Stamp rally, a BMW event held in 2021. At this event, which visited more than 200 locations nationwide, I was able to become the second place in the nation ... 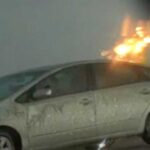 Lightning strike on the Prius

Images from outside and inside the car at the moment of a lightning strike Do you know Storm Chaser? Many of you may have seen it in movies, but as the name implies, Storm Chaser is a "person who chase (tracks) a storm" ... 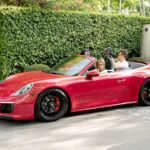 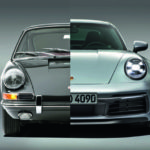 Cars getting bigger and bigger ...

Cars tend to be longer, taller and wider than they used to be. Before I parked my Porsche 911 (late 991 model) and Porsche 911 model 964 side by side, the difference in size was so great. I was surprised at. Before ... 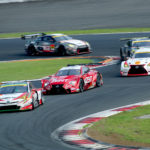 PREV
Happy birthday ♥ ️ (4th time): He is a Porsche rider
NEXT
Ferrari patented to mount battery in mid-engine setup