Porsche's Carrera GT is not a model that you can meet by chance in everyday life, and even if you have a chance to meet Carrera GT, it is impossible for multiple Carrera GTs to meet together It's almost a miracle, and I think it's unlikely to happen normally.

In the video released the other day, it is unusual that as many as 6 Carrera GTs are touring together at once.

America is an event in Atlanta, where:

That's a great collection of 6 cars. This is impossible!

Furthermore, I think that this Shmee150-san definitely "has" something. Because, when I was taking pictures with 6 Carrera GTs side by side, I happened to encounter a situation where Taycan passed by.

It's too amazing, isn't it? This "great sound vs. silence" Porsche encounter.

The encounter of two Porsche models that seems to be the opposite of not only the sound but also the first place.

But this time, I also watched this video and thought about comparing these two models.

This is completely my own imagination again, but when I was watching this video this time, I heard the "sound heard from inside the car" of the Carrera GT and said, "Oh, this is the sound I heard somewhere recently. I feel. "

Please listen here. When you play the following video, it will start from that point. Just listen for the first few seconds. The sound of the Carrera GT is the "sound heard from inside the car with the roof closed" (from about 6:09 in the video) ↓

Here is what I would like you to hear more. This is the one I especially want you to hear.

This is the same video, but when you play it, it will start from the part you want to hear, so please listen for the first few seconds (from about 7:17 in the video) ↓

Have you ever heard the sound you hear from inside the car with the roof of this Carrera GT closed? Is it similar?

That's right, I can hear the sound from the inside of the Carrera GT superimposed on the base of the Taycan sound. I think that the Carrera GT sound source was used as one of the references when making the Taycan's acceleration sound.

This is the first accelerating sound called "Hyu-n". In addition, I think it is the sound of Taycan that gives a more cosmic feel. ??

I wonder if that is the case.

Well, this sound is my complete imagination, but anyway, the appearance of 6 Carrera GTs running together is a masterpiece, and the sound is amazing, so please take a look!

Source:
◆Shmee150 YouTube
◆What's Better Than A Porsche Carrera GT? Six Of Them 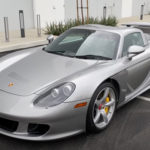 All about Porsche Carrera GT 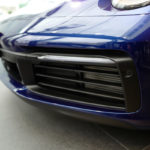 Is the front lip of the Porsche 992 out in front? Or is it downwards? The other day, I wrote that I was allowed to test drive the new Porsche 911 model 992. At that time, I received such a comment. 992 under consideration ... 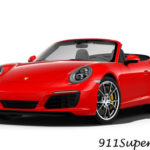 Wakaokami is an elementary school student! Seriously consider the Porsche 911 that appears in 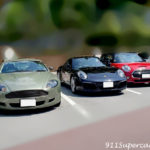 I'm sorry for making hot spring eggs at the 3rd Porsche in 2019. Yes, this is the third Porsche cooking in 2019. When I made it for the second time, I thought on a hot day when Porsche's outside temperature gauge was reading 31-41 degrees Celsius ...